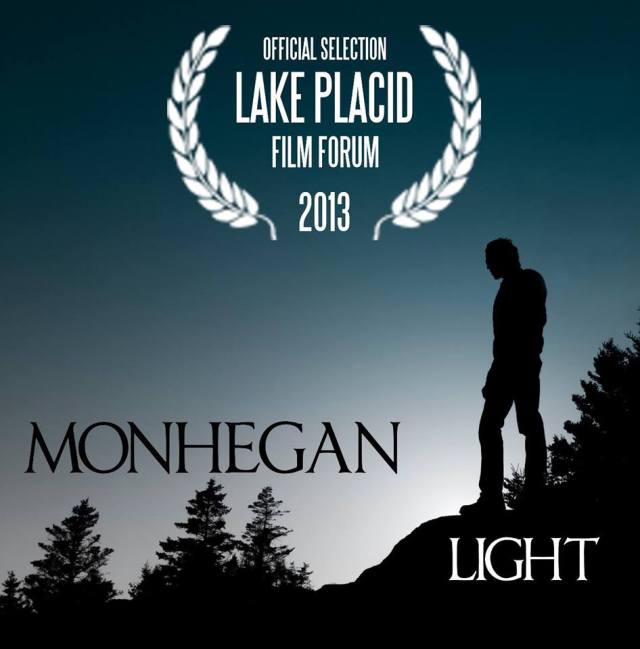 You’ve got to watch this movie trailer. I swear this movie is going to be a winner! I just recently found out that a group of students from Ohio University’s School of Media Arts & Studies created a film based on a short story by Richard Russo. The story is about a cinematographer who travels to Monhegan Island to confront a painter about his relationship with his deceased wife. There is an actual story line. The scenery is beyond stunning. I have to give them a thumbs up on all levels. For those of you who have been to Monhegan, this will transform you back to that special place.

Watch the TRAILER and see what I mean, and then spread the word! Find out where the screening locations will be as well as a bit about the crew and the project on their Facebook page! Note, when you click on the link, you can click on that little icon to see it full screen!

More than a short film, really, “Monhegan Light” approaches the mid-length genre at almost thirty minutes running time.  The film was produced by a team of Ohio University students, led by Associate Professor Frederick Lewis (who executive produced) and directed by Joe Battaglia, an OU student.  Money was raised to produce the film ($18,000) which was shot on location in four days on Monhegan Island, Maine.

For those of you who are familiar with Monhegan you will notice Alison Hill‘s paintings, as well as her yard and her living room (with cool orange sofa)! This group did such a fantastic job. They raised the money, they worked hard and I really want to promote them!

If you’re interested in behind the scenes movie making, watch this video they made… you will see gorgeous scenes of Monhegan around18-19 minutes into it. Marcus DeAnda did a great job as the main character. So believable and he had so much emotion. Perfect casting. Great job to all the actors, Joe Battaglia (Director and Producer) and all the people behind the scenes. Its amazing how much work is involved. Read more about them all on their Facebook page!

Every time we hear Nora Jones sing, we think of the Island Inn on Monhegan Island, Maine. Every. Single. Time. One of us will say “the dining room is open”. One year, they played the same Nora Roberts CD, over and over. Not complaining. We rather enjoyed it. Matter-of-fact we looked forward to it the following year, and I’m guessing someone who worked each night couldn’t take it anymore! This dining room holds lots of special memories for us. We’ve met some wonderful people over the years. We’ve had wonderful breakfasts with some and long dinner’s with others. You know that comfortable interesting conversation that lasts long into the night? It’s rare to run into cool people like that. Monhegan, ME allows you to spend time with others because there isn’t a lot to distract you… no TV, radio, spotty cell coverage. All are blessings.

Special memories indeed! This photo was taken in 2008. The paintings in the dining room that year were by Alison Hill… 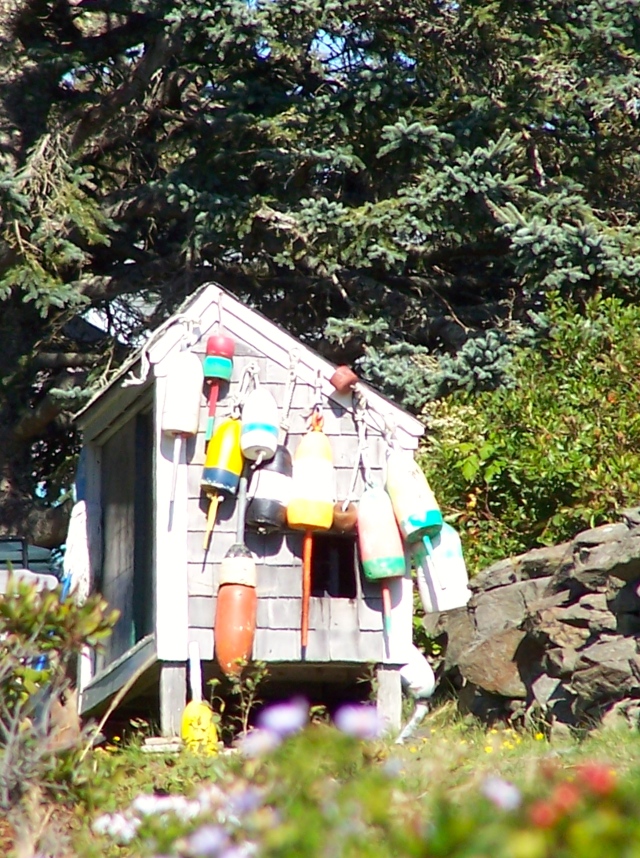 Another colorful creative photo taken on Monhegan Island, Maine. Those of you who have been there know… your heart will always be there, long after you’re gone…

I know there are some of you who get there and think it’s horrible that there is no television, no phones in the rooms, or hair dryers… Electricity is so expensive on Monhegan… For example, (as of late 2012) the price per Kilowatt-hour on Monhegan was $.70 (seventy cents). Doesn’t sound like much?  To help put it into perspective… The national average (price per kilowatt-hour) is $09. Nine cents. Yep. There is a reason there aren’t hair dryers in the rooms… Monhegan is either a place you love, or you’re ready to hop on the next ferry once you hear there isn’t a mall, golf course or tennis court. There is also no fast food and very little cell coverage (YAY!). Like I said… Heaven! 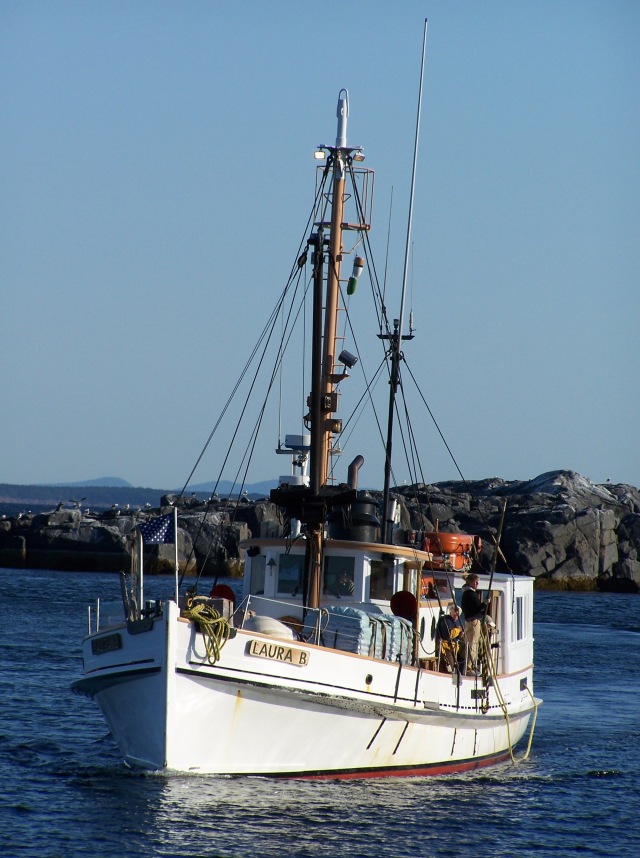 . . . transporting you through the waters of beautiful Muscongus Bay to enchanting Monhegan Island. You’ll embark in the charming village of Port Clyde, at the tip of the St. George peninsula. Once passengers and freight are loaded on board, we steam out of the harbor past Marshall Point lighthouse. As we follow our protected route among pine-clad islands, we see birds of many varieties. Sometimes, porpoises and small whales rise from the water just beyond our bow. Our course usually takes us by lobstermen hauling their traps, schooners gliding before the wind, and pleasure craft of every description. On the return trip, we pass close to Seal Rock, where we often spot entire families of seals frolicking in the water and basking in the sun.

The world-famous Laura B makes the early-morning trip to Monhegan every day during the summer season, and delivers all the freight to the island year ’round. She has both indoor and outdoor seating. She is also available for private charters and for hauling freight to any of the islands.

Built in 1943, the 65-foot Laura B is rigged as a heavy-duty work boat. Originally designated a U.S. Army T-57, she spent World War II in the Pacific, where she served as a patrol boat and carried troops and supplies. She came under fire during those days, and carried two 50-caliber machine guns on deck. This rugged vessel was brought to Maine in 1946, and spent the next few years transporting lobsters from Vinalhaven to Boston and New York City.

For the past half century, the beloved Laura B has been ferrying passengers, freight, and mail between Port Clyde and Monhegan Island. A prominent marine surveyor has described her as the best-maintained wooden vessel on the Eastern Seaboard.

What a great place to visit! If you’re headed to Monhegan, check out Monhegan Boat Line, you’ll be glad you did!  Catch you back here tomorrow!

Monhegan Island, Maine. A diverse and wickedly creative place! Even the clothes on the line are bright like the beautiful flowers! A magical place on earth! 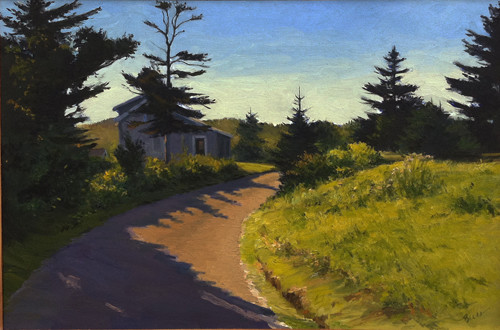 Kevin Beers. Master of painting all things Monhegan. Kevin’s paintings truly make you feel as if you are walking down the road on the island you have grown to love. Every detail is present.

It was always fun watching Kevin walking down the road with his biggee size canvas, setting up to start back where he left off the day before. Exact same time and place, so that the lighting is the same. As you’ll read below, Kevin met his wife (and fellow artist) Amy on Monhegan and they married there a few years later. Very cool story!

Kevin is probably most known for his Monhegan lighthouse scenes, which are incredible, but here is another favorite, and one that will instantly resonate with you if you’ve ever been to Monhegan!

Wharf with Trucks by Kevin Beers

When you arrive on the island, the boat drops you at the wharf. There you’ll see the trucks waiting to take your bags to various hotels or homes. There’s always a lot of action down on the wharf and its a great place to hang out, just stay out of the way!

Here’s are the details about Kevin’s show from Gleason Fine Art gallery:

I found some information about the show in the Wiscasset Newspaper:

Beginning Thursday, June 20, landscape painter Kevin Beers joins ceramicist Tim Christensen for two new shows at Gleason Fine Art’s Boothbay Harbor gallery. For Beers, this will be his 12th solo show at the Gleason gallery, and for Christensen, his second solo show in Boothbay Harbor. A public reception for both artists will be held at the Townsend Avenue gallery from 5 to 7 p.m. on Friday, July 5.

Each summer, Brooklyn resident Kevin Beers returns to the rock-bound island of Monhegan to paint for five months. Monhegan has come to mean a lot to Beers. It is where Beers transformed a passion for painting into his life’s work. It is also where Beers met his wife, Amy Raye, who, in a scene right out of a Hepburn and Tracy romantic comedy, literally ran into Beers while admiring a magazine article about Beers painting on Monhegan. Fittingly, Beers and Raye married on their island a couple summers after their serendipitous meeting.

To his many collectors, a Beers painting represents everything they love about Maine: intense blue seas and skies, puffy white clouds and sunlight dancing off neat clapboard houses. To Beers himself, “Monhegan is a dazzling place with incredible, beautiful light. I love to paint the buildings on the island – the color and structure of weathered buildings, the patterns of sunlight and shadow, and the sharp contrast between a red roof, white clapboards, and bright blue sky.” [Read more HERE] 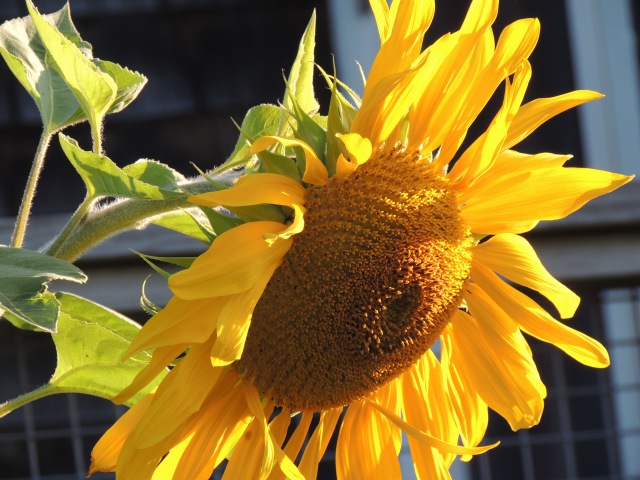 I’ll be back to regular posting next week… have a great weekend! High 60’s and sunny this weekend, what’s not to smile about?? 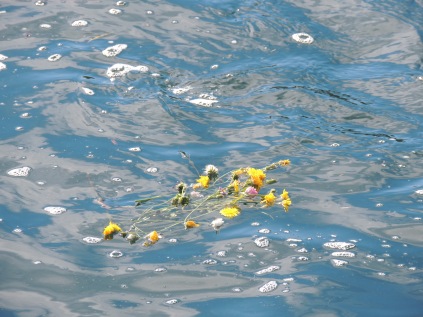